Inicio COMUNIDAD How we rely on older adults, especially during the coronavirus pandemic 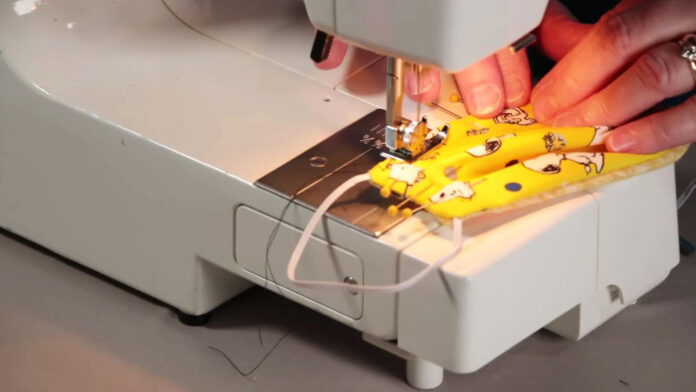 “Unprecedented” might be the word of the COVID-19 pandemic. But for many, especially older adults, life has taken many abrupt turns. Maybe it’s their first pandemic, but it’s not the first time they’ve pivoted without calling it that and created a new normal.

Yet, we persist in treating people over 70 as an undifferentiated blob of neediness and vulnerability. When we do, we once again miss what older adults contribute.

As an aging studies scholar, my focus is on the portrayal and treatment of older adults in literature, film and popular culture. During COVID-19, dire fictional portraits of nursing homes as places to avoid and escape appear to be coming alive. We hear a lot about them, but less attention lands on older adults living and making do at home. Public health issues reminders to check on what they call “elderly neighbours.” Those reminders ignore what older people in and out of nursing homes offer to the rest of us.

We’ve heard this before. During the 1998 ice storm that cut power throughout much of Eastern Canada and the northeastern United States, radio commentators urged listeners to check on older adults who were more at risk from adverse effects of unheated homes indoors and falling on the ice outside. Like now, they treated older adults as helpless, vulnerable and past contributing.

Back then, I was trapped in my third floor walk-up Montréal apartment, with a two-metre-long icicle, as wide as a dinner plate, teetering precipitously above my shared second floor entrance. My neighbours, two retired men, checked on me. They brought me coffee. They fed me tourtière. They taught me about times before they’d had electricity in their homes. They reminded me about postwar austerity and other hard times.

Reporters then repeated that older adults were more vulnerable to the effects of the ice storm than others. Check on your “elderly neighbours,” we were told again and again. These older adults were never directly addressed though they likely made up a large portion of the broadcast audience. There was no airtime for the knowledge, skill and expertise they had from surviving through past wars and depression eras. No one else seemed to be getting their espresso from their retired neighbours.

More than 20 years after that ice storm, I find myself yet again essentially trapped in my home. The conditions are significantly different, not only because they are so widespread. But the disproportionate effects of the COVID-19 pandemic resemble the difficulties revealed during the ice storm, when the need for adequate long-term care spaces similarly revealed the problems that arise when we treat people like products, and care like a business.

Media venues have shifted dramatically, but the portrayal of older adults hasn’t kept up. Calls to check on our “elderly neighbours” still refuse to acknowledge that the people receiving those instructions might themselves be old. This harnesses ageist language to make it seem as though people between 70 and 100 are all from the same generation, with the same needs and desires.

This approach ignores how older adults collectively and individually possess considerable expertise. It misses their potential to offer at least mutual support for younger people who are no longer able to do whatever we want. Studies are already showing that older adults are better equipped to manage the stress brought on by continued isolation.

I’m not the only one whose hand-sewn mask was made by someone over 70, who got my bread recipe from a senior, who sung in a choir led by a guy in his 60s who learned how to Zoom in a heartbeat and who follows streamed exercise classes led by a woman in her 70s.

Besides ignoring their many contributions, this belittling of older Canadians clashes with how some are coming out of retirement to help combat COVID-19. What a contradiction to be viewed as only in need of help, instead of part of a reciprocal system, and to be perceived as needing to sacrifice themselves.

Strangest of all, the residents of long-term care are somehow, oddly, not considered our “elderly neighbours.” We’re barely even allowed to check on them.

So, go ahead and pick up groceries for your neighbour. Drop them off safely. But also check in by phone or from a distance to see what you might learn!

This article is republished from The Conversation under a Creative Commons license. Read the original article. 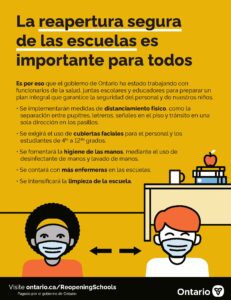